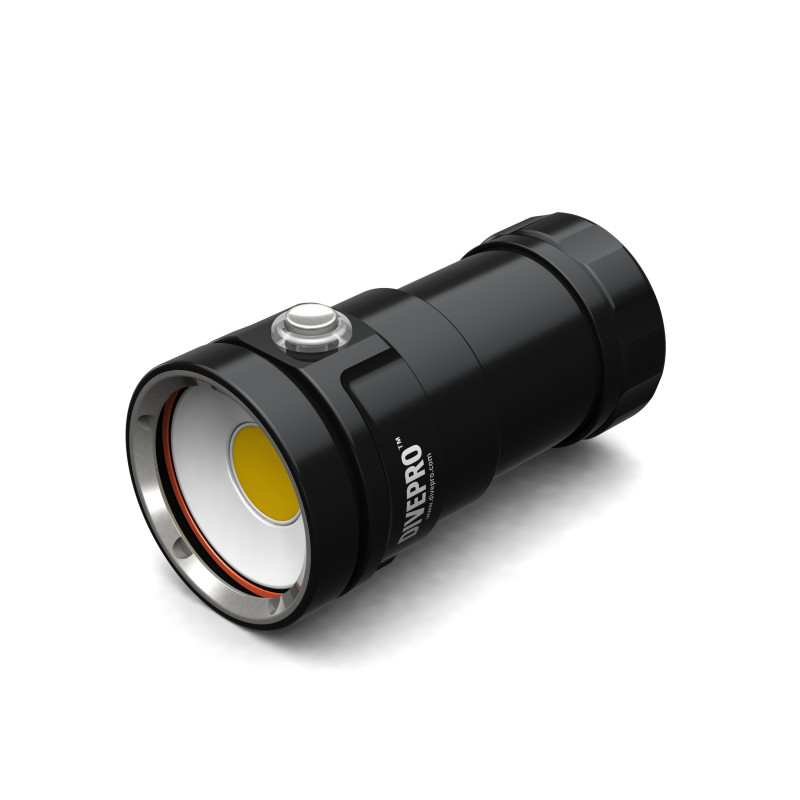 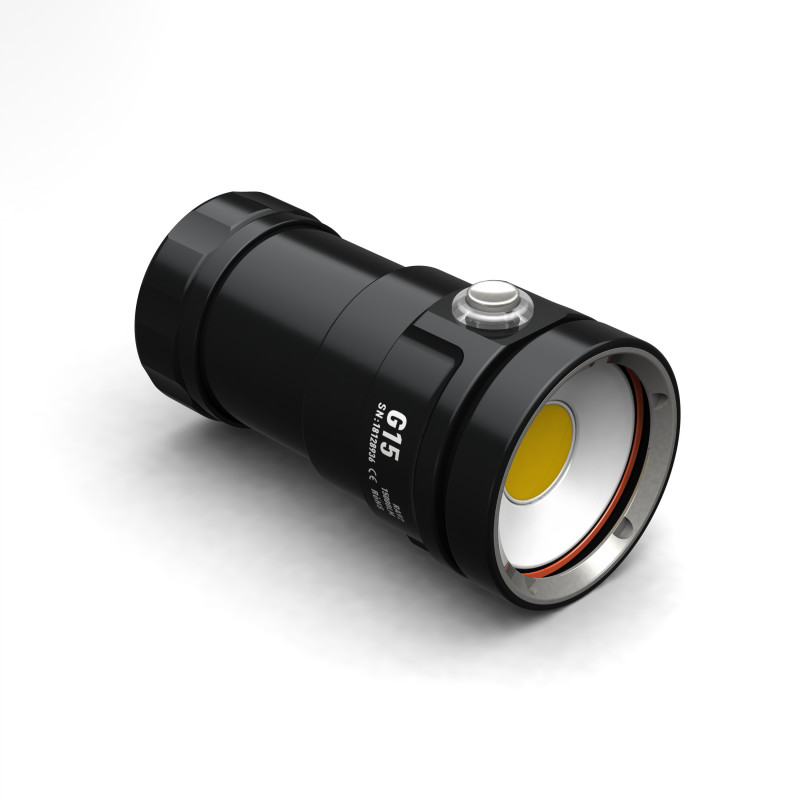 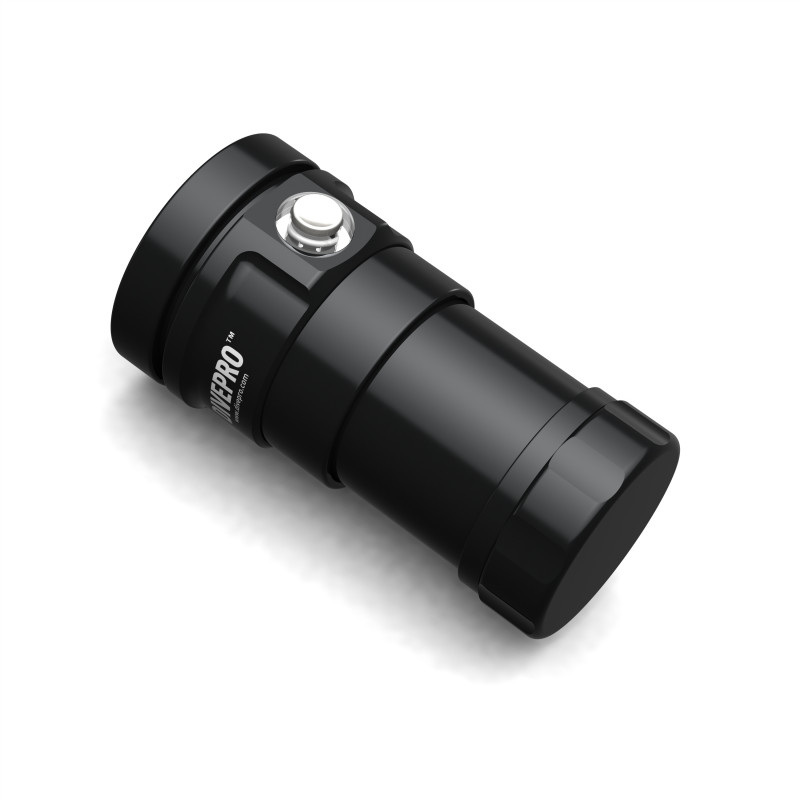 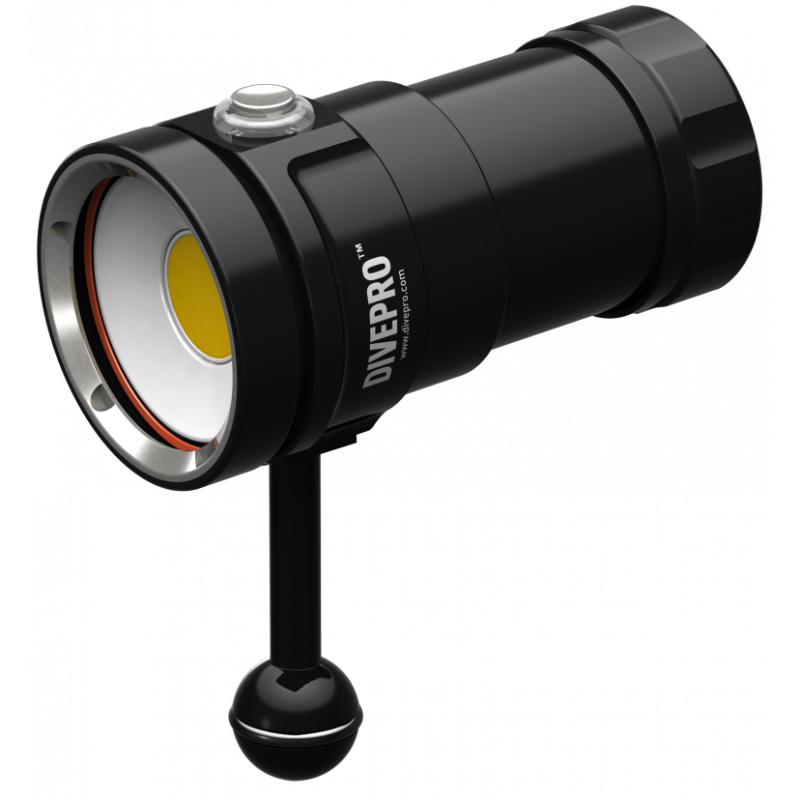 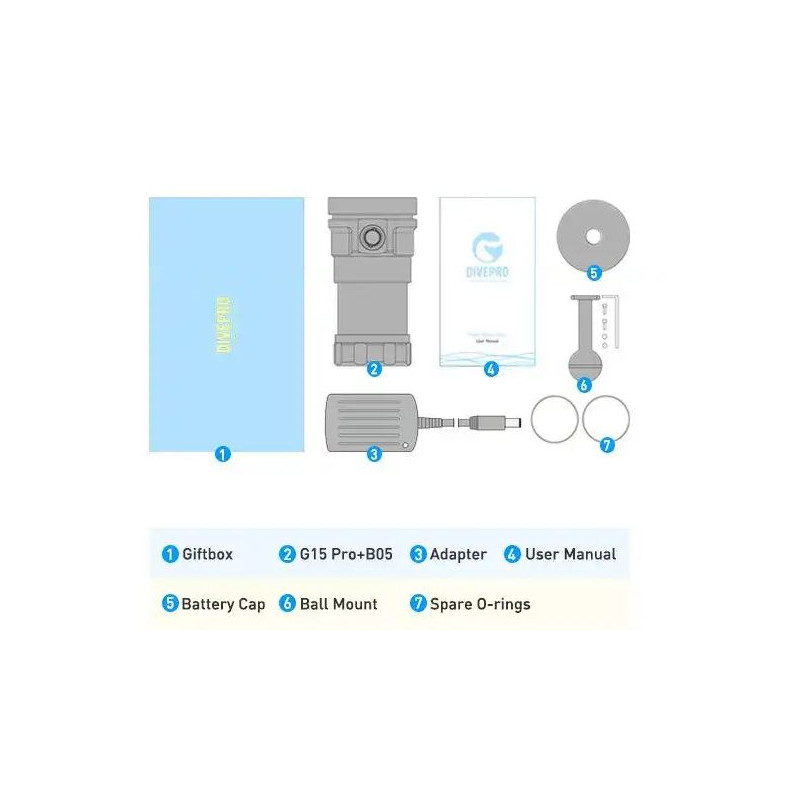 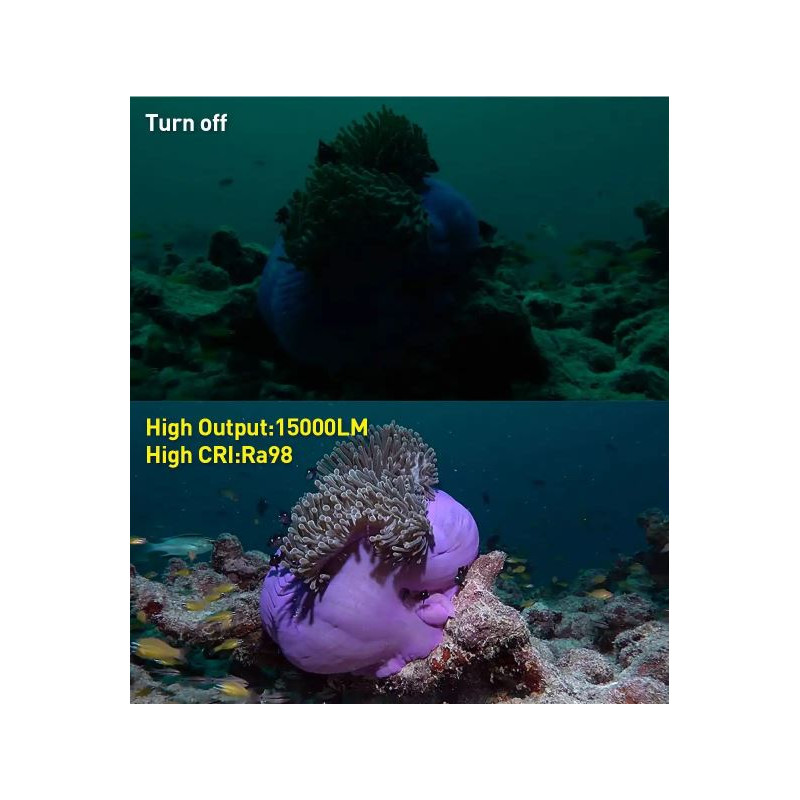 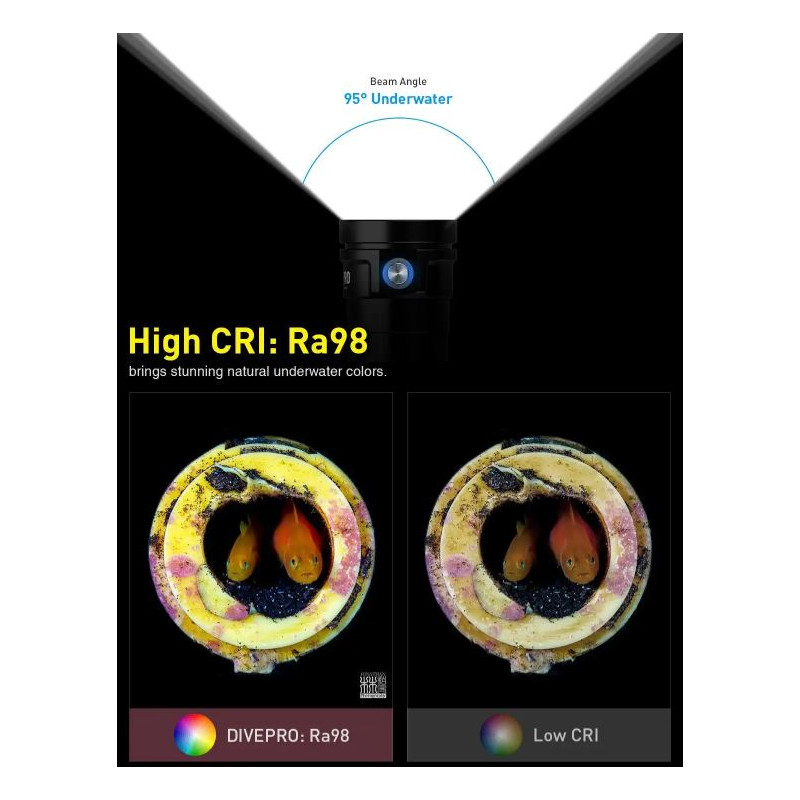 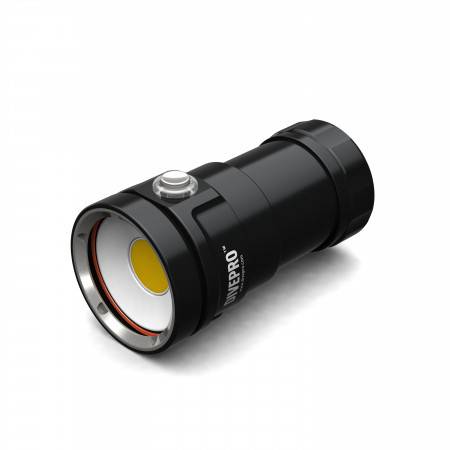 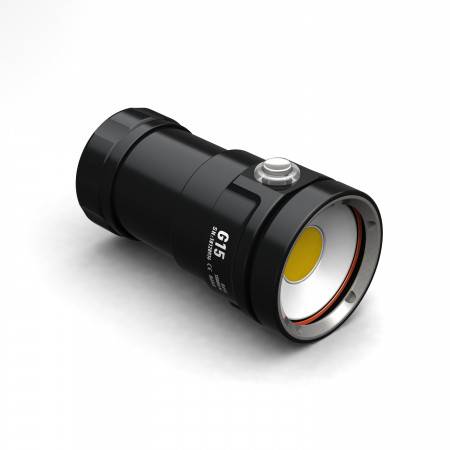 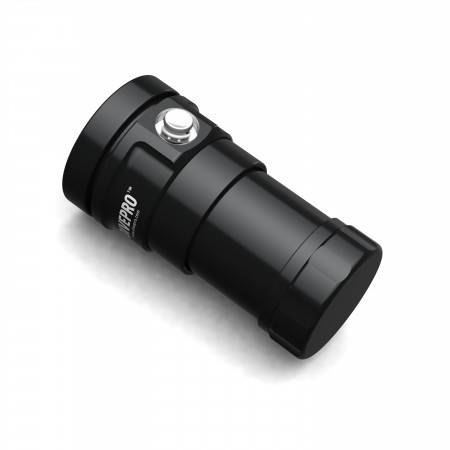 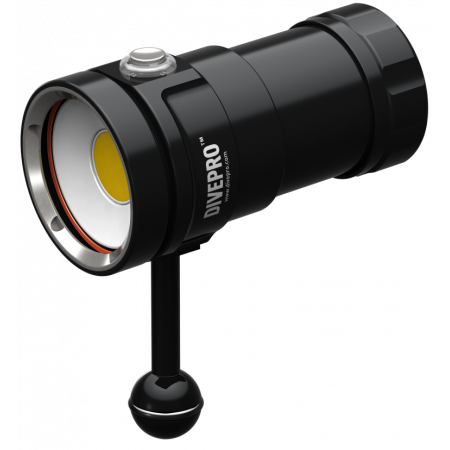 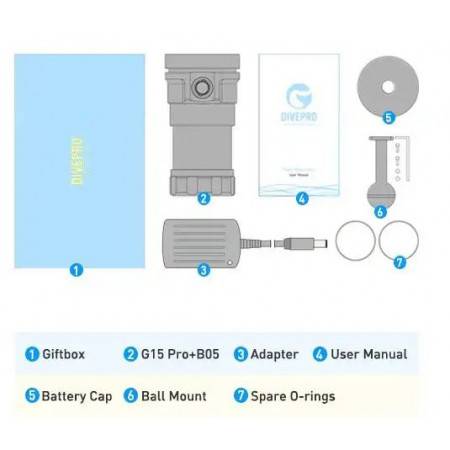 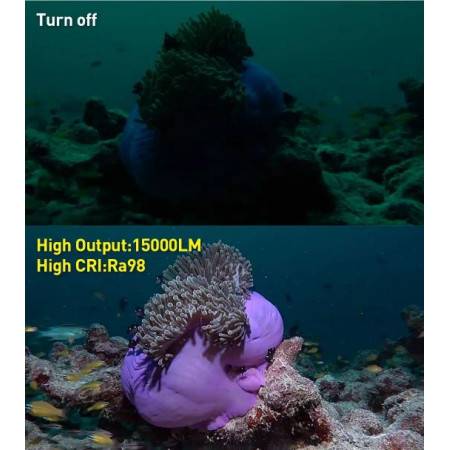 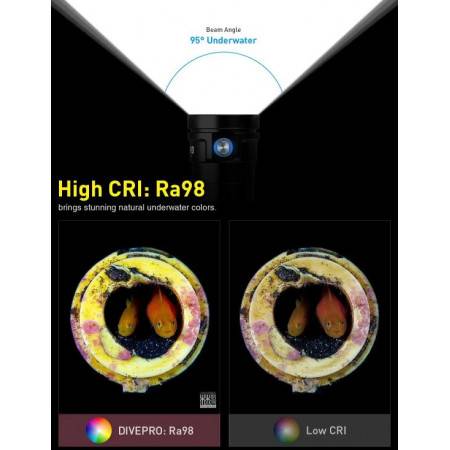 The DIVEPRO G15 is a video diving beacon designed for underwater videographers.

The LED uses is a monoled LED lamp Xlamp CMA 2550 which emits a power of 15000 Lm which is perfectly suited for underwater video. A second power level at 7500Lm is also available.

The beam angle is 95° in water (140° in air). Its warm color temperature is 5000°K and its CRI Ra98, which is one of the highest color redering index of the scuba lights market and it will give back to the underwater videographer all the expected colors.

Waterproof to 100m, the DIVEPRO G15 exploration dive lamp is very compact with 123mm long and 65mm in diameter at the front, 51mm at its central

Included in the box :