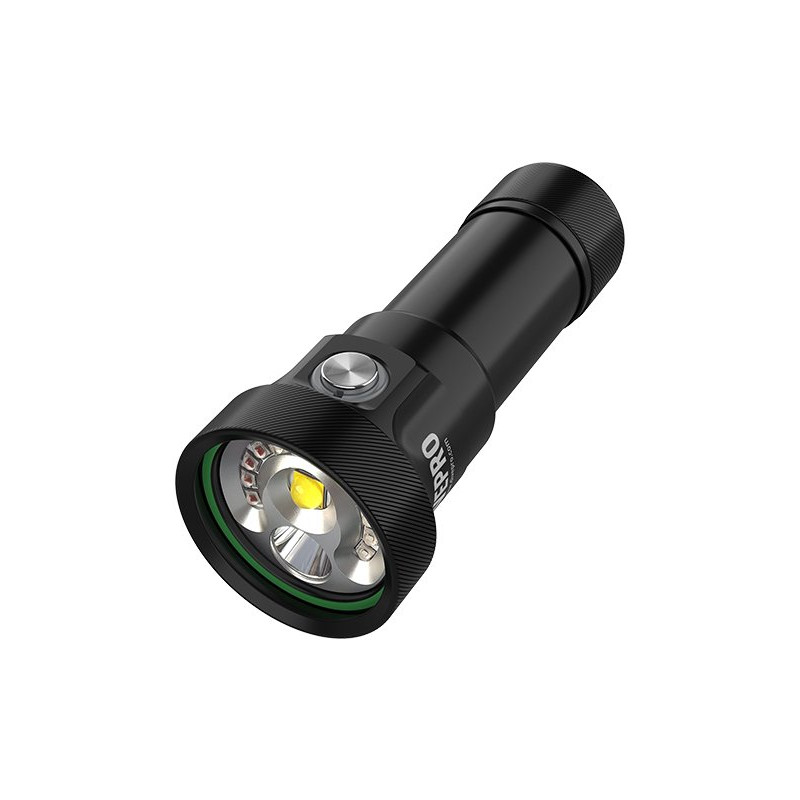 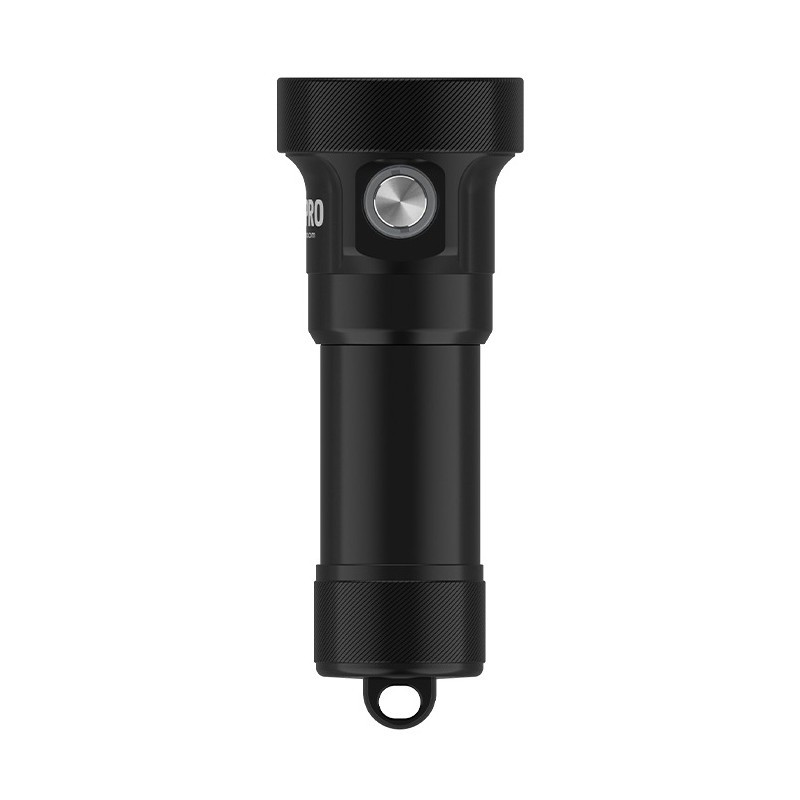 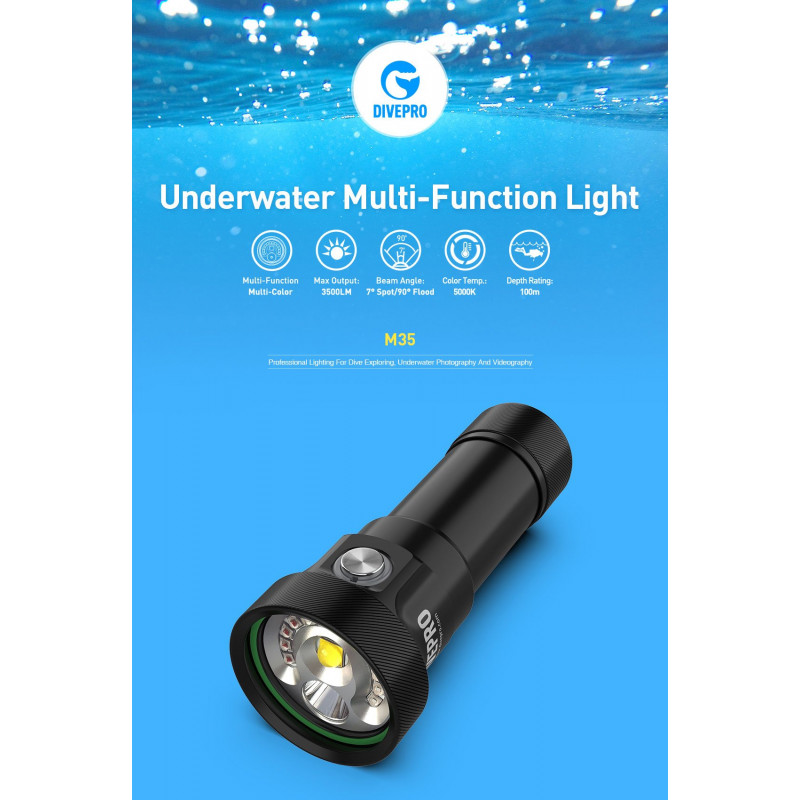 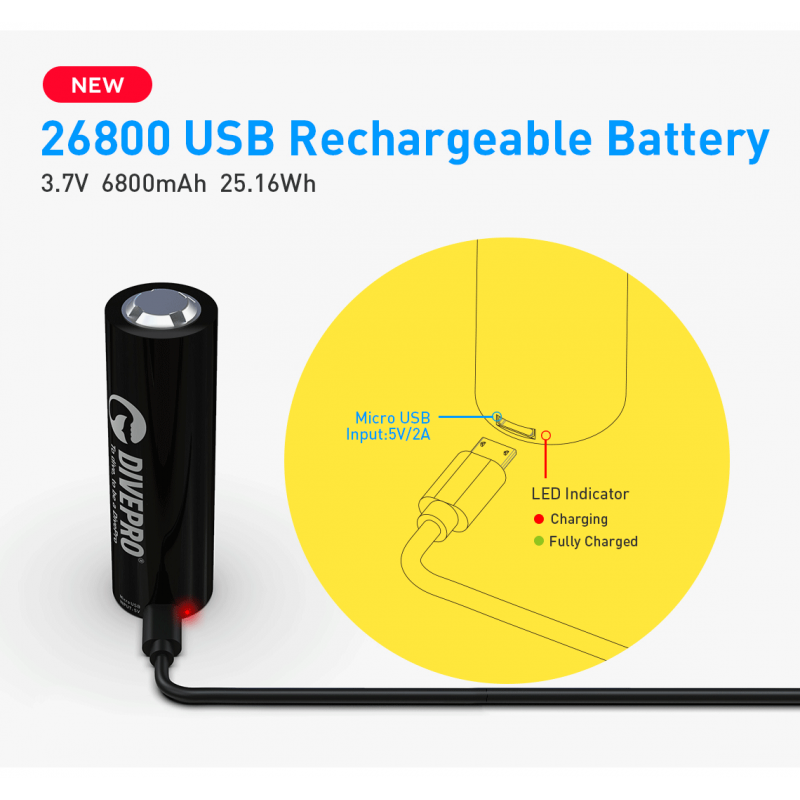 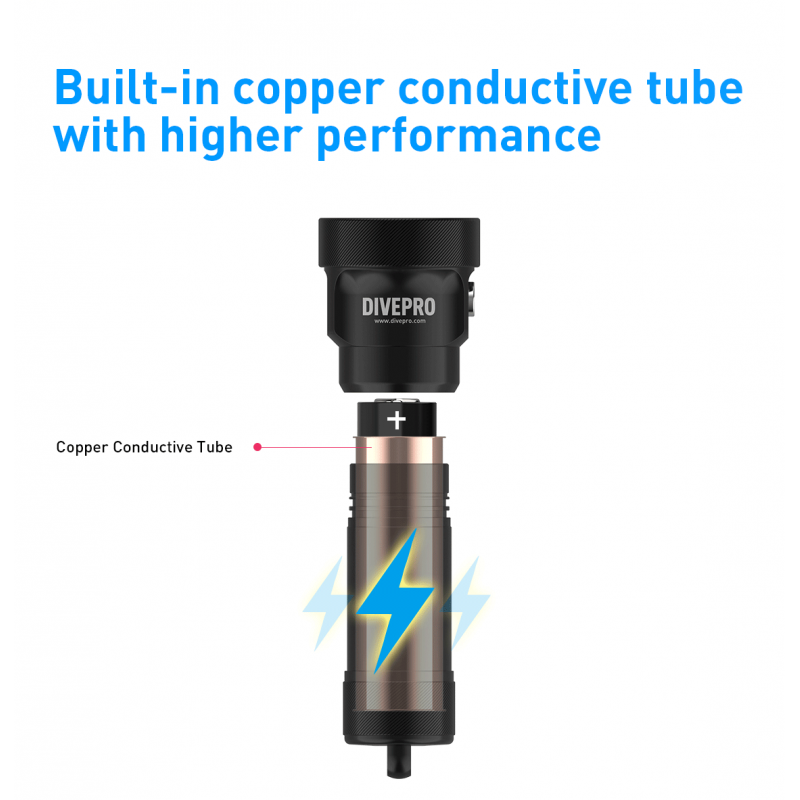 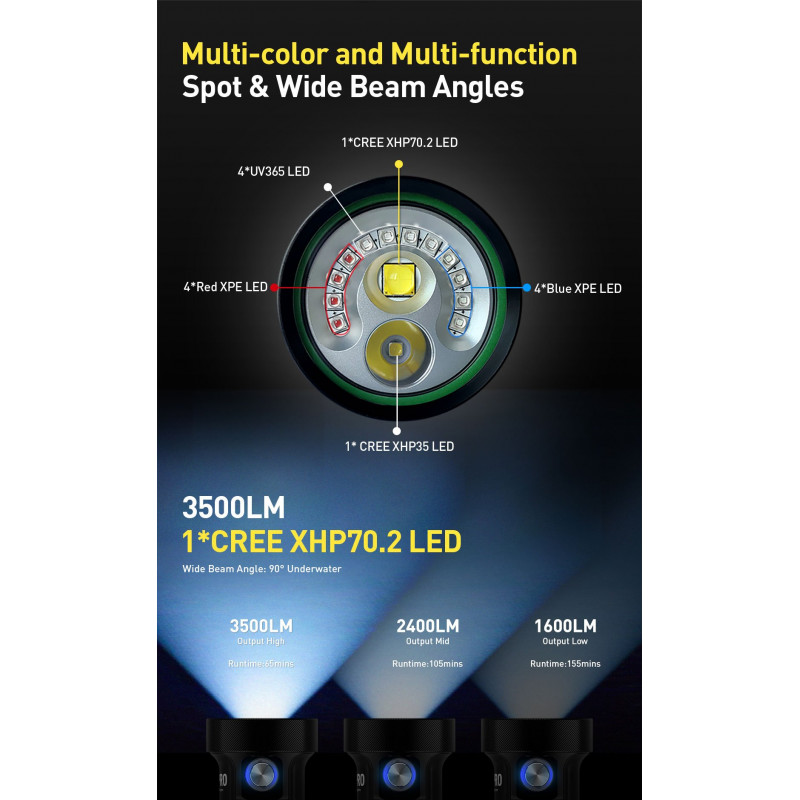 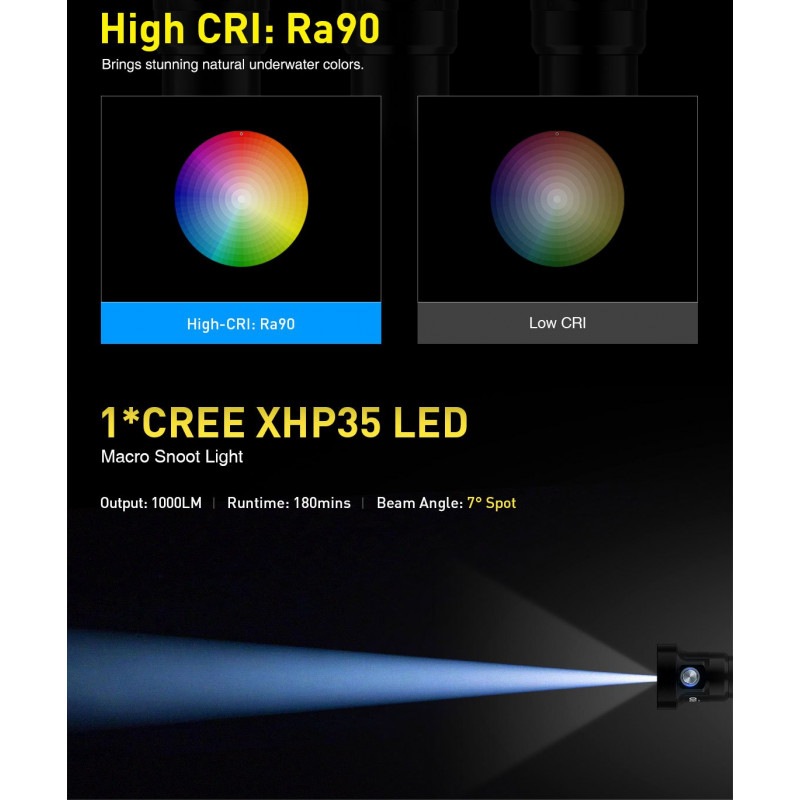 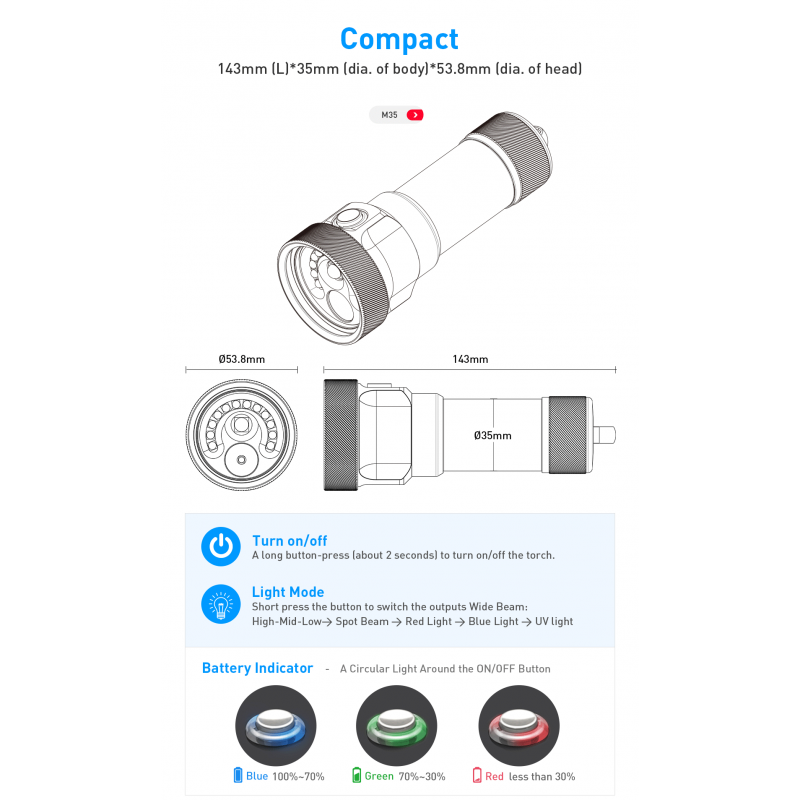 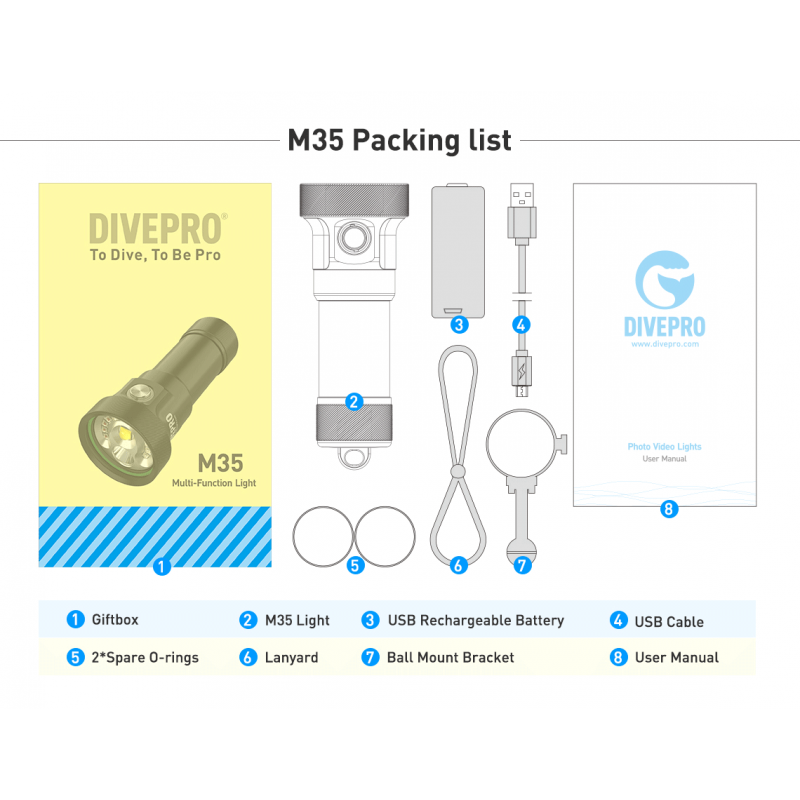 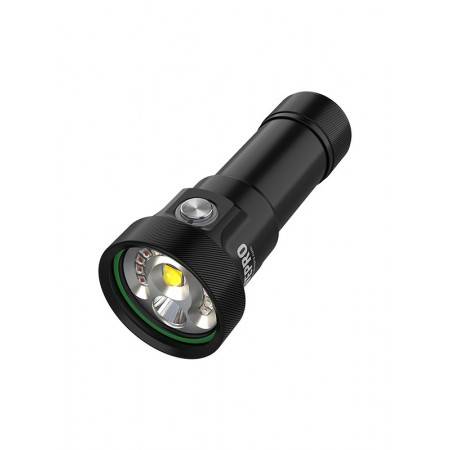 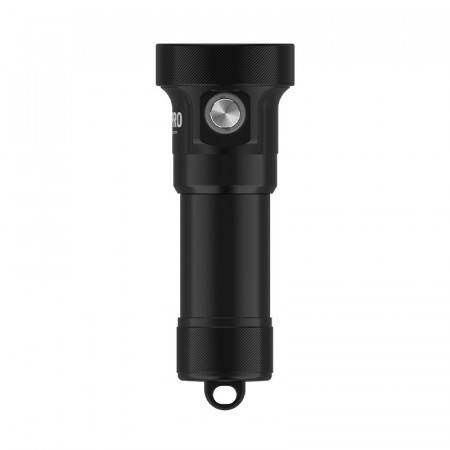 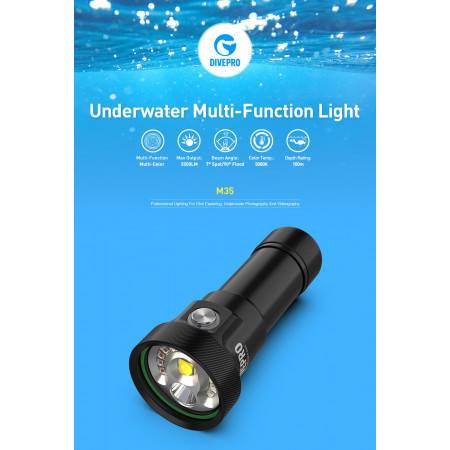 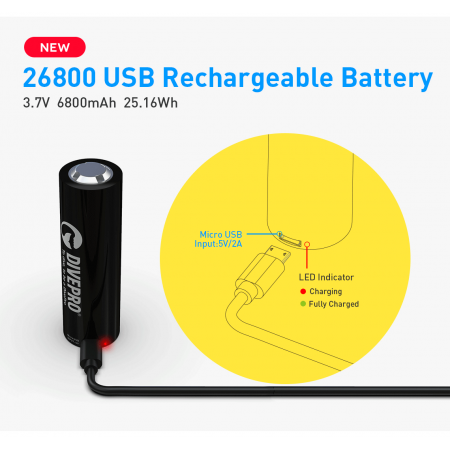 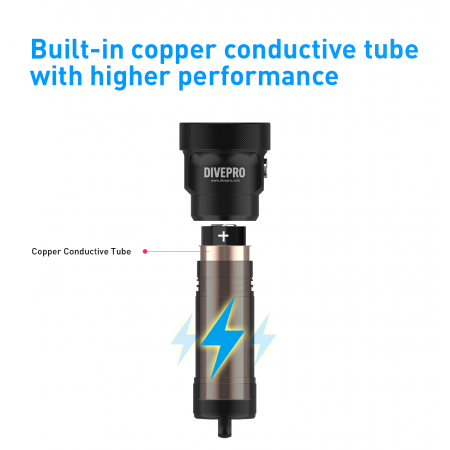 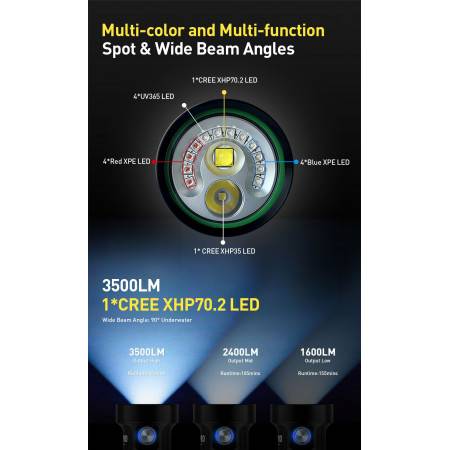 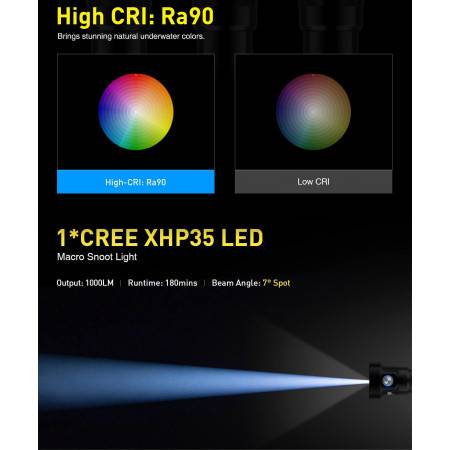 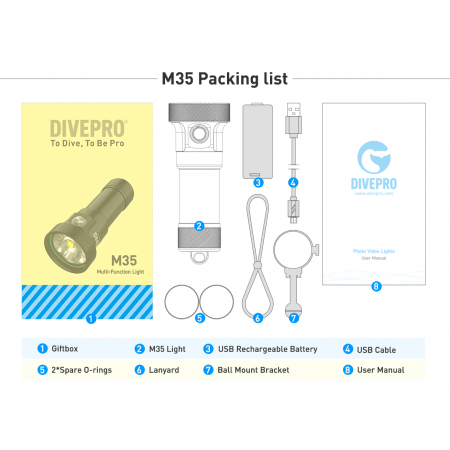 The DIVEPRO M35 is a diving light for the ideal exploration / video.

To date, it is one of the most versatile led dive lights on the market. It is ideal for underwater exploration but also for underwater video thanks to its powerful 3500Lm LED.

The beam angle is 90 ° in water for the 3500Lm and 7 ° for the 1000Lm beam. Thanks to its color temperature is 5000 ° K and its CRI Ra90, the underwater videographer will appreciate the rendering of the expected colors.

On the battery and charger side, this is a technological innovation. The charger is integrated directly into the 6.8800 26800 Li-ion battery with a simple charging cord to be connected to a simple 2A phone charger

The DIVEPRO M26 exploration dive lamp is waterproof to 100m deep and is very compact with 143mm long and 54mm in diameter at the front, 35mm at the rear.

Included in the box: