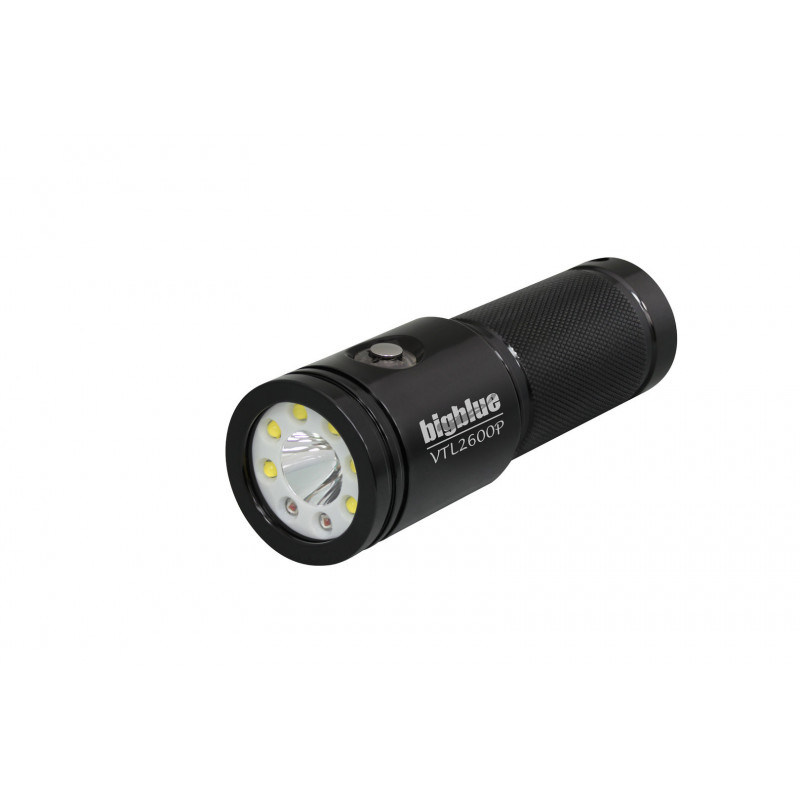 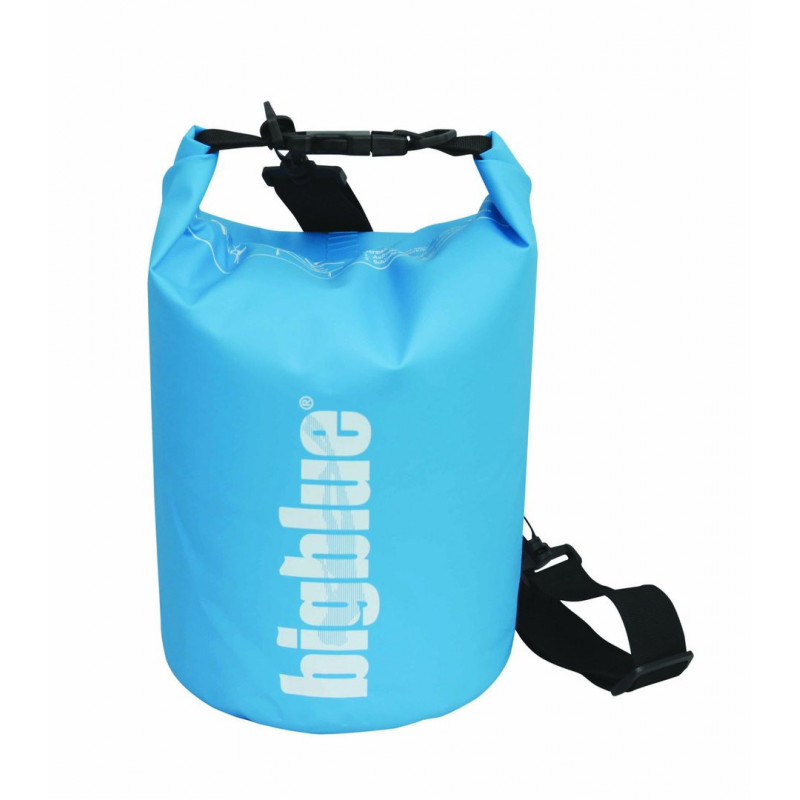 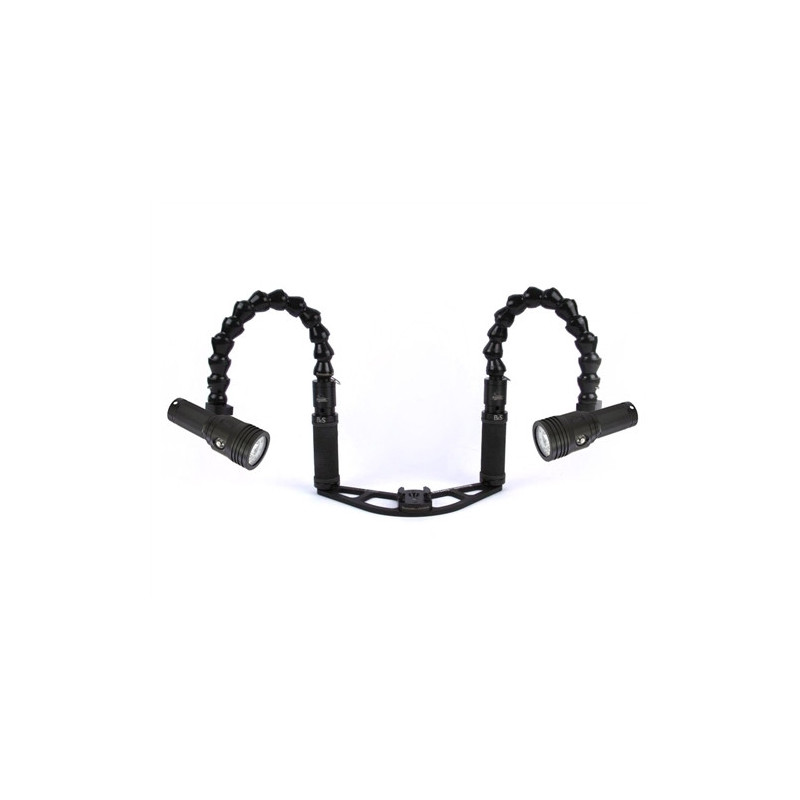 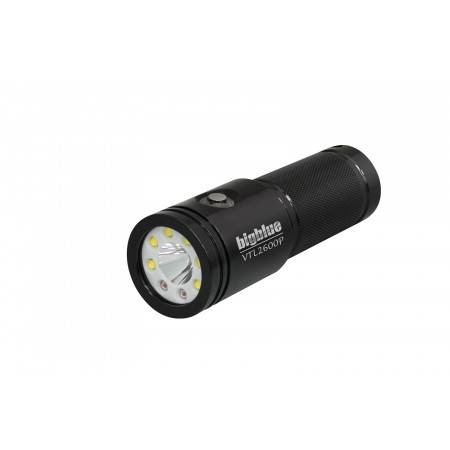 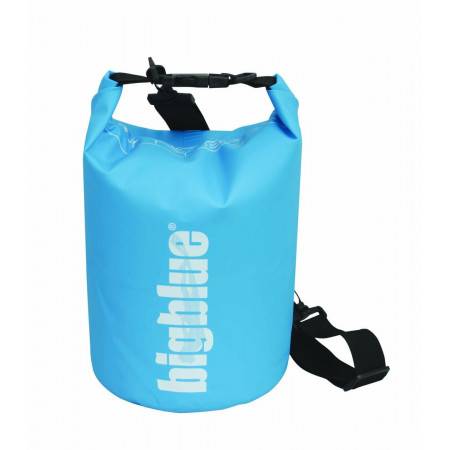 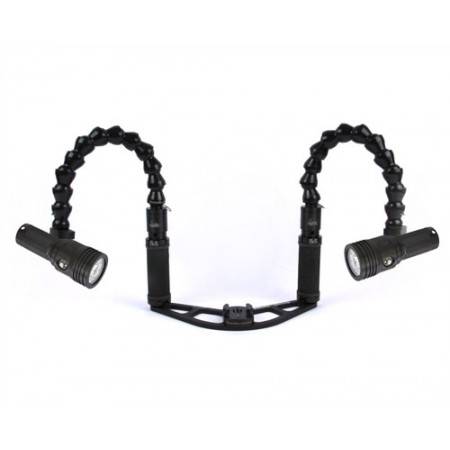 The BIG BLUE VTL2600P dive light is the underwater light that will delight all divers with its versatility. Indeed, it has two separate beams and a red led function:
- A beam at 100 ° for videastes. 6 leds CREE XML
- A beam at 10 ° to allow the lighting of an animal in a fault for example. This concentrated beam is 1000 Lumens also manufactured with a CREE XML led
- 2x red led beam with 2 CREE XPE leds to facilitate focusing.

For the technical, the BIGBLUE VTL2600P dive light is a concentrate of technology:
- Use of very high power CREE leds.
- Variable intensity of 260 to 2600 Lumens giving it a range of 1.5h to 15h
- Around the push button, a led indicates the battery level: blue, green and red
- Body made of marine anodized aluminum, sealed thanks to two O-rings between head and body of the headlight.

With regard to embedded energy, the VTL2600P includes a solid 32650 Li-ion battery. To recharge it, simply unscrew the back of the BIGBLUE VLT2600P headlight to access the battery and recharge it. The VTL 2600P is equipped with a 110V / 220V automatic charger that will delight the traveling divers. The end of charge indication is indicated by a green led.

As this lighth is intended in part for video or underwater photography, BIGBLUE has thought of its VTL2600P by adding a removable yellow filter diving that will allow the realization of warm colors, and also a 25mm diameter ball that will be fixed on the BIGBLUE picture arm but also on many commercial underwater camera decks.

DIVEAVENUE also offers you this year with each VTL2600P headlamp, two additional O-rings and for this year a waterproof bag !. Remember to change them once a year as you would for your regulator!