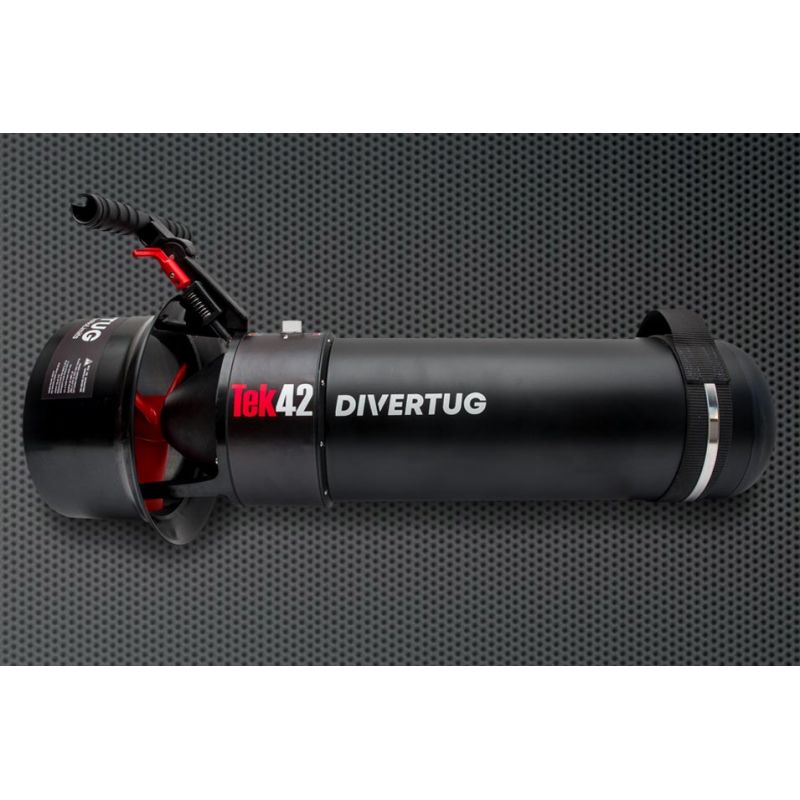 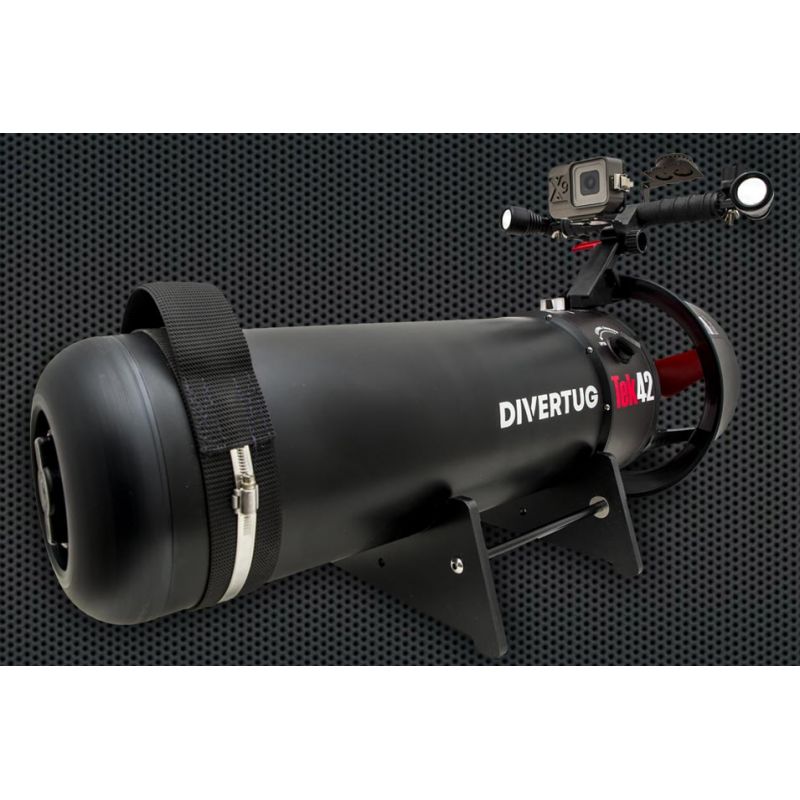 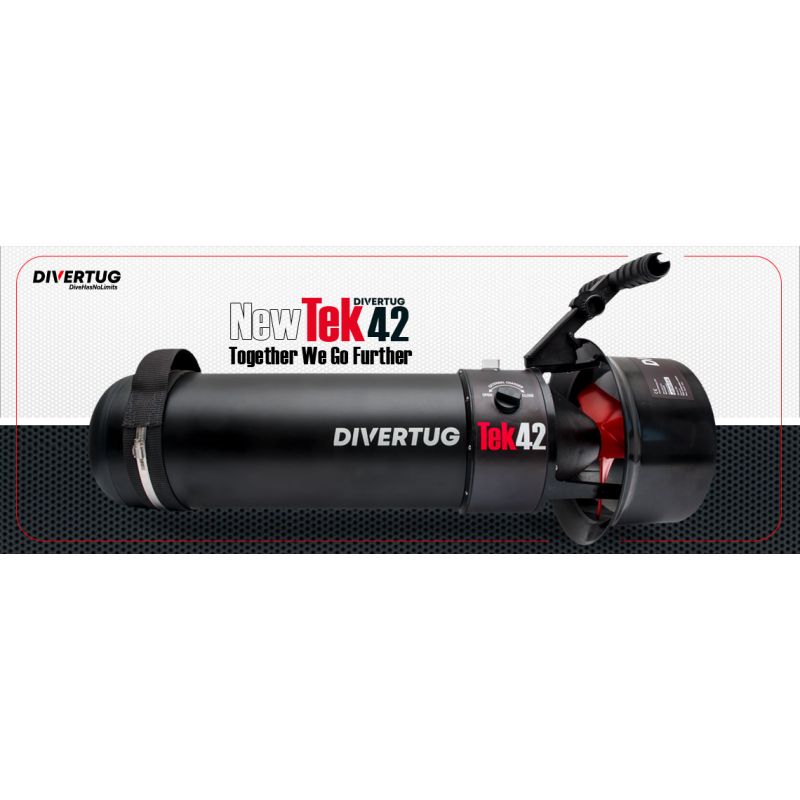 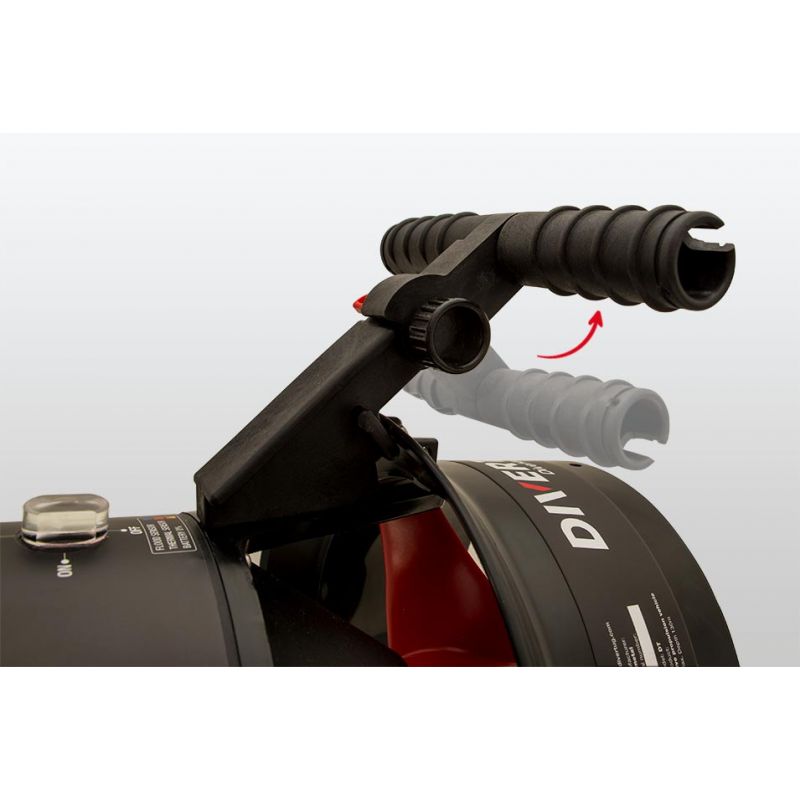 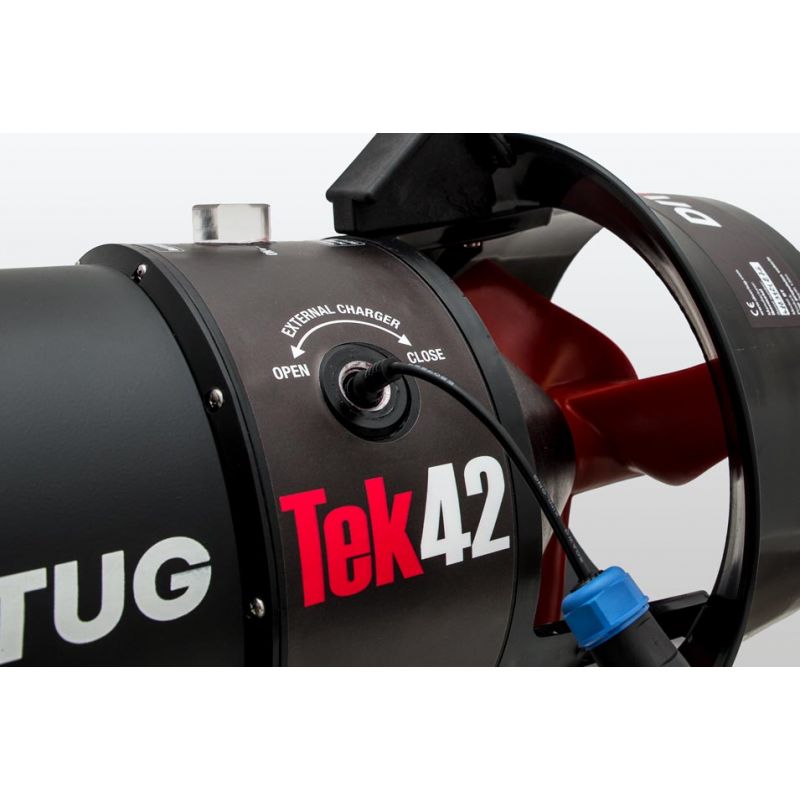 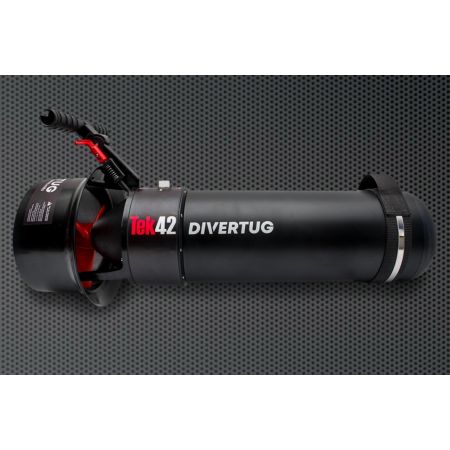 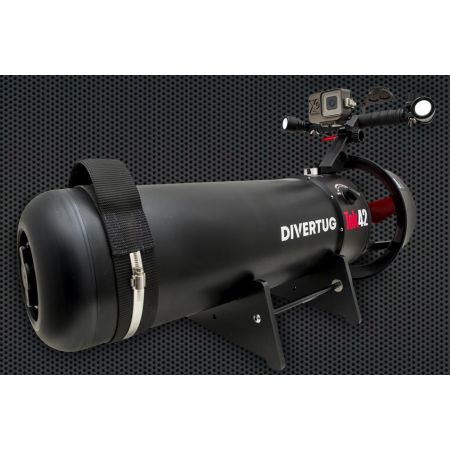 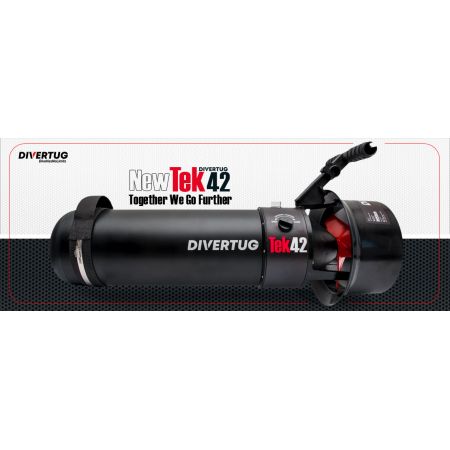 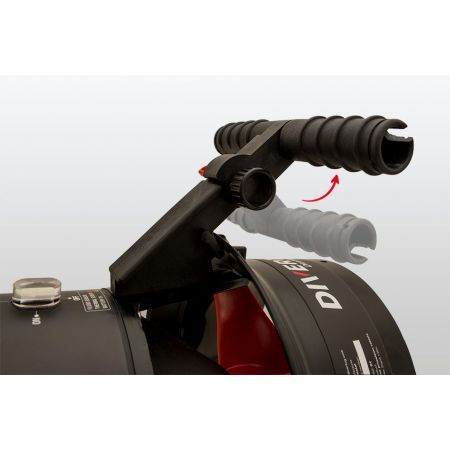 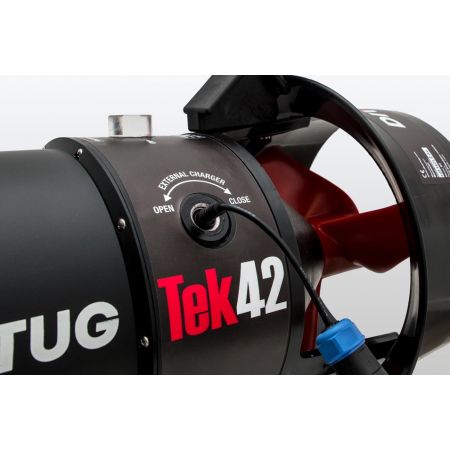 The latest addition to the range of underwater scooters is the DIVERTUG TEK42.

This scooter is the new generation of underwater propulsion dedicated to technical diving. Indeed, it is possible to use it as a primary scooter thanks to its autonomy and its technical performances.

On the motor side, it integrates a variable speed drive and offers four propulsion speeds. The torque of the engine is 33kg and it allows a speed in diving until 90m/min.

Its battery of 900Wh is of the Lithium type by external load, which makes it possible to avoid any opening of the body to reload it. Its estimated autonomy is 80min in fast speed, 210min in slow speed and 145min in medium speed.

The maximum depth of use is given for 130 meters.

An ingenious captive nut system has been added to the propeller, which allows the propeller to be easily disassembled while diving without losing the nut

After sales service provided by DIVEAVENUE. DIVEAVENUE is an official DIVERTUG reseller and approved maintenance station.